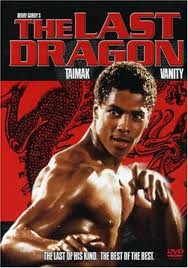 My boy does not have the glow.

Extracurricular activities were a HUGE part of my growing up. I played piano for 10 years and competed in pageants for seven. I did gymnastics for six months, I think. Then there was the drum and bugle corp where I was a baton twirler. I was in a couple of plays through a theatrical group based in Newark, N.J. Oh, I took karate for a little bit. I walked in a few fashion shows. I was a member of a performance choir that sang classical hymns (five-part harmonies are dope!). At 14, I joined a youth symphonic ensemble (yes, I said that) where we played the english handbells (yes, I said that too), among other things. By the time I got to high school, I was a member of the basketball and track teams and I traveled with the volleyball team my junior and senior years as a statman of sorts on top of doing four of the other things I mentioned earlier.

“Idle time is the devil’s time”, so sayeth my mother. And now that I’m a mother, so sayeth me too.

It’s very important to me that my boy be well-rounded; to have learning experiences outside of the classroom. He needs skills in something other than Wii Resort is what I’m trying to say. Maybe we’ll find something he loves and is good at. Maybe we’ll find something he hates and I’ll make him do anyway. Who knows. Point is, how am I supposed to know if I have the next Bruce Leroy on my hands if I don’t get him some lessons?

So, his daddy and I started him in taekwondo two months ago. Note to self, I do NOT have the next Bruce Leroy on my hands. My boy has the killer instinct of Steven Segal with the physical ability of Steve Urkel. It’s hilarious to watch. He’s getting better though. After he earned his green tape last Saturday, you couldn’t have found a kid with a bigger toothless grin in that dojang. We were high-fiving all over the place!

And so that begins my boy’s journey to something else. Piano is next, with his parents as his teachers. I pray for our collective strength.

Parents, what are some of the activities you have your child involved with?